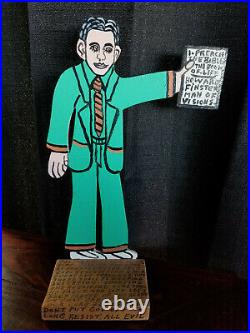 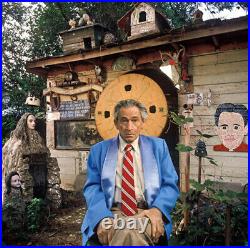 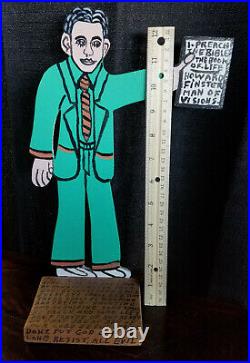 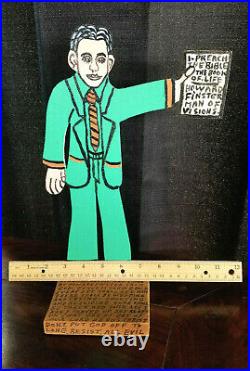 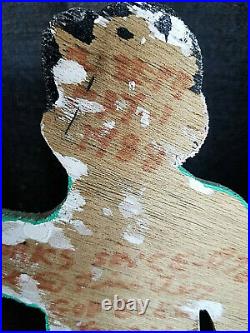 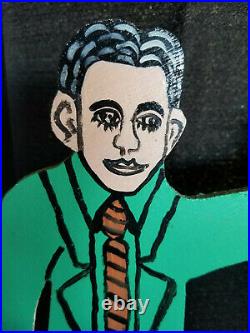 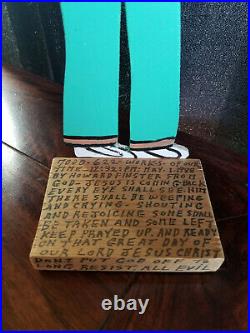 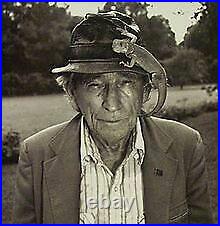 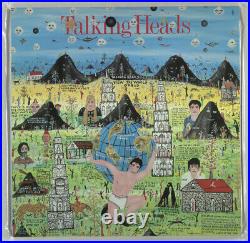 Man of Visions by Howard Finster Original Signed Wood Cut Out 1988. A superb little gem f. Rom the personal collection of a gallery owner. The piece is a self portrait in an apple green leisure suit. A giant of the Outsider and Folk Art movements, Howard Finster. Is considered the Grandfather of contemporary American Folk Art. Howard Finster’s album cover for the Talking Heads, his wild appearance on The Tonight Show starring Johnny Carson landed him on the front page of T. He Wall Street Journal, a documentary by the Smithsonian, and many other accolades are the signature of this artist, and his fascinating life story. His work is collected by museums and galleries around the world. This is coming from my personal collection. Finster was a Baptist minister and eccentric outsider/folk artist that. Stated God charged him to illustrate his religious visions in. A warm feeling came over me to paint sacred art. He was a larger-than-life personality with a devoted following long before he appeared on the Johnny Carson Show or in an R. For his speaking engagements, he wore a powder-blue suit and had his banjo at the ready. He sang with a melodious twang, and he could yodel with force, but it was his compelling. Sermons in paint” that made him a folk art phenomenon. Born in Valley Head, Alabama, Finster was one of thirteen children. At sixteen he preached his first sermon. S, he hosted a radio program and wrote a column for the local newspaper. He led tent revivals and. To support his wife, Pauline, and their five children, he was also a bricklayer, carpenter, plumber, and took up the. Hard times business” of bicycle and lawn mower repair. He had a great sense of humor, which he used in the service of the Word from the bible. When Im in big revivals, about the first thing I do a lot of times is to get the people tickled a little bit, get their mind off everything, then I get the message over to. S, he began constructing Paradise Garden, a two-acre spiritual environment at his home in Pennville, Georgia. His plan was to display all the inventions of mankind. Embedded in the gardens cement walls, walkways, and playhouses were Bible verses, accumulated bicycle parts. Tubes, mirror glass, Coca-Cola bottles, junk jewelry, plastic toys, a mound of cement snakes, and his sons tonsils’. Put up in alcohol. Theyd come here and just blow up on it, so Id just take the crowbar and start pulling it off”. He made thousands of works of art that often combine written words with his own vocabulary of visual images. At home Finster would kick back on his studio couch with a chaw of tobacco in his cheek and carry on a stream-of-consciousness monologue for hours. Like a perpetual-motion machine, he seemed to gain energy from his own oration. The item “Howard Finster ORIGINAL SIGNED Wood Cut Out 1988 Outsider Art, Folk Art” is in sale since Sunday, November 22, 2020. This item is in the category “Art\Folk Art & Indigenous Art”. The seller is “mythos_gallery” and is located in Taos, New Mexico. This item can be shipped worldwide.