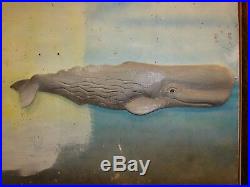 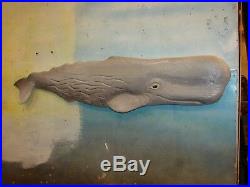 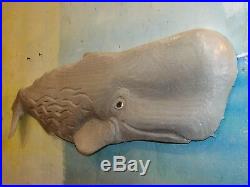 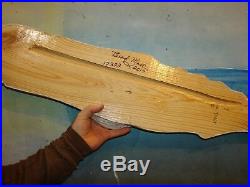 I carved this whale from kiln dried pine lumber using a band saw, chainsaw, belt sander, and chisels. It is approximately 40″ long, 9″ tall and 1 and 1/2 thick. It has multiple coats of spar urethane. It is signed and dated. Be sure to check out my many other listings. Every man should endeavor to understand the meaning of subjugation before it is too late It means the history of this heroic struggle will be written by the enemy; that our youth will be trained by Northern schoolteachers; will learn from Northern school books their version of the war; will be impressed by the influences of history and education to regard our gallant dead as traitors, and our maimed veterans as fit objects for derision It is said slavery is all we are fighting for, and if we give it up we give up all. Even if this were true, which we deny, slavery is not all our enemies are fighting for. It is merely the pretense to establish sectional superiority and a more centralized form of government, and to deprive us of our rights and liberties. Cleburne, CSA, January 1864. If we tear down all of our monuments to anyone who had connections to slavery, or the confederacy, or some other organization, or practice that is now taboo, where will it end? And who exactly decides what history to abolish? Here in Alabama we have an entire city, Huntsville, in which you can hardly turn any direction without seeing something named after the man responsible for taking us to the moon. Prior to his work for NASA, he was Sturmbannfuhrer (Major) Wernher Von Braun of the SS. Should we now rename everything in Huntsville? Should the many evils of the Kennedy family result in their names being stricken from all public places? Does Chappaquiddick disqualify Ted “the swimmer” Kennedy from any public building, road, bridge, etc from being named after him? Does George Wallace’s stance on segregation mean that all of the 2 year colleges established by his administration should not bear his name? Should a stained blue dress mean that the name Clinton is now anathema? I have familial blood in the soil of pacific islands, Europe, and yes in Georgia’s soil as well. They gave their lives fighting Nazis, Imperial Japan, and the Union. I do not believe all Germans, or Japanese should be stricken from history, nor have their accomplishments blotted out because of their once having been our enemies. I don’t believe that the atrocities committed by General Sherman against the homesteads and civilians of Georgia disqualify him for honor. I certainly do not believe that the life of my great great great grandfather should be abolished because he fought and died for the Confederacy. I do, however, believe that this latest onslaught of political correctness lies in the progressive’s continued war against their political enemies. It has no more to do with equality and justice than east has to do with west. The item “Chainsaw Carving Sperm Whale hand Carved Whaling Scrimshaw Wall art Decor 17322″ is in sale since Thursday, December 14, 2017. This item is in the category “Art\Art Sculptures”. The seller is “libertychainsawcarvings” and is located in Blountsville, Alabama. This item can be shipped worldwide.